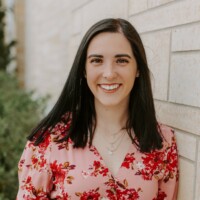 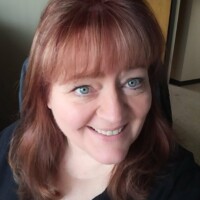 Autumn has been a Career Coach with MedCerts since February 2020.

Autumn has a Master’s degree in Public Health which fueled her love for students in healthcare fields and led her to obtaining her Global Career Development Certification.

Autumn is excited to partner with you in your career journey! You can reach her via email at ajohnson@medcerts.com or give her a call at 734-437-5452.

Michelle  has been with MedCerts since August 2021, first working as a Student Success Coach and now as a Career Coach.

After graduating from Metropolitan State University in Denver with a degree in Human Services, she went on to obtain her Master’s degree in Educational Counseling from the University of Phoenix.  While completing her undergraduate degree, Michelle worked as a Certified Medical Assistant and taught medical assisting, and supervised the clinical externship program at Denver Technical College.  Michelle started working as a Career Counselor at the Community College of Denver and then moved 8,000 miles away from home and took a job as a career counselor at the American University in Cairo, Egypt for 3 years.  While living and working in Cairo, Michelle’s passion for international travel ignited and she was able to visit and explore 18 countries,  before returning to the US.    Her favorite thing about working with students is watching them complete their education and reach their career goals!

When she is not reviewing resumes or preparing students for interviews, Michelle enjoys riding her motorcycle, traveling, trying new culinary recipes and spending time with her 3 rescued Chinese Crested fur Kids, KK, Lucy and Sam.

Michelle  is excited to partner with you in your career journey! You can reach her via email at mbrown@medcerts.com or give her a call at 734-469-5249.

Abby has been a Career Coach with MedCerts since March 2021.

After graduating from Concordia College in Moorhead, Minnesota with her B.A. degree in Psychology and Sociology, Abby pursued her M.A. degree at the University of St. Thomas in Leadership in Student Affairs, graduating in May 2020. Abby’s passion for career coaching started during graduate school when she had the opportunity to work in career services at several higher education institutions. Her favorite thing about working with students is watching them reach their career goals and successfully utilizing their educational accomplishments in the working world.

When she is not reviewing resumes or preparing students for interviews, Abby enjoys spending time at her lake cabin in Northern Minnesota with her two goldendoodles, Josie and Schimke. She also enjoys playing board games (especially Monopoly!) and listening to true crime podcasts.

Abby is excited to partner with you in your career journey! You can reach her via email at afischer@medcerts.com or give her a call at 734-519-5575.

Jennifer has been a Career Coach with MedCerts since June 2021.

Jennifer found her passion for career services while teaching at a local Media Arts School in Detroit, MI.  Over the past 12 years, she’s worked with a diverse group of students, with different backgrounds, focuses and goals launch their careers.  Many of her students were re-inventing themselves as professionals following significant life changes.  Understanding how challenging it can be to start a new career caused her to develop a career focused curriculum geared specifically toward assisting students as they entered into their job search.  This course included; resume development, job search strategies, interview skills, personal branding, networking and professional soft skills.  Students left her classroom with a solid understanding of the job search process allowing them to feel more confident while professionally presenting themselves to potential employers.

In Jennifer’s spare time, she loves to hang out with her BFF and husband of 35 years and her two amazing sons, their spouses and her grand-dogs, Avery, Penny, Arnold and Max.  She also enjoys traveling, bowling, movies and music.  Her favorite quote is “Every accomplishment starts with the decision to try.”

Jennifer is excited to partner with you in your career journey! You can reach her via email at jmichaels@medcerts.com or give her a call at 734-237-6975.

Shania joined MedCerts as a Career Coach in January 2022 and has been in the Career Coaching industry since July 2018. Shania obtained a Bachelor of Science degree in Mass Communication & Public Relations from Texas State University; and then, went on to obtain her master’s degree in Educational Psychology from Georgia State University.

In her last year of graduate school, Shania started her own business as a Resume Writer. As her business progressed, she became intrigued by the uniqueness of her clients’ paths and inspired to learn more about how to help people as they chart their careers. It was not until Shania graduated from Georgia State University, entering the job market for the first time herself, did she learn first-hand just how difficult it could be to find an excellent job she was confident growing in. In efforts to help herself, she began pursuing even more knowledge about the job search process, which eventually led her to obtaining a certification as a Life & Career Coach in January 2021 and deciding to accept Career Coaching as her full-time career.

In February 2021, Shania received her first shot at a great job as a Career Services Advisor for a Healthcare certification school in Houston, Texas where she became familiar with careers such as Medical Assisting, Dental Assisting, Phlebotomy, and much more. Now, here at MedCerts, Shania is fully confident in her ability to lead others through their career transitions. Specifically, she enjoys helping people realize just how valuable their experiences, and the skills gained along the way, are for where they are heading professionally. Ultimately, her goal is to help others chart their paths uniquely by recognizing and honoring what they bring to the table!